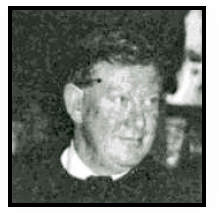 It is with great sadness I report the death of our club founder.

A teacher of English in Newcastle, he later bought the Fox and Hounds in the village of Newfield with a view to refurbishing it and
becoming a landlord.

He later moved to Catterick and set up a book shop, selling antique books, maps, motoring books and motoring magazines.

He was a sincere, charming and charismatic man, always with time to chat and freely offer advice. I, with the idea of writing a history of the club last year, spent many hours talking about the start of the club. His memories of this were very clear.

Sadly, his passion and energy setting up the club, and surrounding himself and his family with old, far from concours cars, took its toll on his wife and young family, and his wife left him and took their then 3 and 4 year old children, something that caused him great pain over the years.

He will be sadly missed.

Our condolences go to his son Austin, daughter Ruby and his cousin Ann.

All Club Events, Coffee Mornings etc. are suspended until at least May 2021. Please remember everyone to follow the Governments latest Coronavirus (COVID‑19) and Social Distancing Advice to 'Stay Safe' so we can all meet again once this is over. 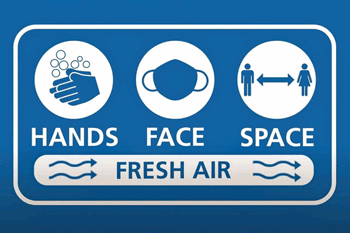 We will endeavour to keep everyone updated as to future events as/if/when we have any further news.

2020 The year never to be forgotten
Who would think we would miss sitting under brollies keeping the Sun off or as in some cases the Rain!

No Christmas meals with members this year or Summer evening road runs with a meal out at some little country pub at the end.

No local branch meetings for a natter or quiz/game (and a meal out) # Sometimes I wonder if we are a Classic Car Club or a Dining Club? #
Some of us have found it quite lonely not having day to day contact with other like-minded people, we hope this coming year we will be able to get the old motors out and take them for glorious runs to shows & rallies and then of course, have a meal out on the way home! Happy Days

When I was at school and did History, most people can remember 1665 as being “The year of the Great Plague” I wonder what kids are taught in the future about 2020 ? will it be Covid 19 or Brexit finally been done and dusted ?

We will be getting in-touch with those members who have paid for the 2020 season to explain the details.

NECPWA will continue to follow all official Government guidelines and will keep you informed of any future plans.

NECPWA Club Membership is only £15.00 for UK residents. However, to encourage younger people to the Classic Car movement, membership applications from under-30's can be obtained free of subscription, although with a free subscription, members will only receive the 'E' version of NECPWA News.

★ Free Membership for under-30's (with'E' version of the magazine included)

Members Please Be Aware: Print versions of the magazine are currently suspended, however a reduced 'e-version' will be produced if there is enough content. Please Read this from the Editor: - Click Here -