The Club started in 1966 with some of these.
Then over the years cars got a bit newer!.
York Branch members at Scampston Hall
Some of the 1,000+ Historic Vehicles at the Newby Hall Rally organised by Bishop Auckland Branch.
Tyneside and Durham Derek Cansfield Memorial Rally at Beamish Museum.
More Tyneside and Durham Members Cars at Woodhorn Mining Museum.
Durham Branch at Durham Regatta.

North of England Classic & Pre-War Automobiles (formerly known as The North East Club for Pre-War Austins) was formed in 1966 by Tony Pelton. It is now the largest Historic Vehicle Club in the North of England with over 900 members.

Membership is open to any enthusiast of old motor vehicles and it is not necessary to be a vehicle owner to join the club, however attendance at Club organised rallies is generally restricted to vehicles built before September 2000. [NB individual branches and some events nay have different entry rules, some with stricter age limits].

The Fédération Internationale des Véhicules Anciens (FIVA) was founded in 1966 and represents the historic vehicle movement globally and they produce a 'Guide To Responsible Use Of Historic Vehicles' which is available to download and read in English: - Click Here -


NECPWA are proud of our friendly, informal outlook, and we hope that You will decide to join us, and keep those old wheels turning.

NECPWA Club Membership is only £15.00 for UK residents. However, to encourage younger people to the Classic Car movement, membership applications from those under 30 years of age can be obtained free of subscription, although with a free subscription, members will only receive the 'E' version of Club Magazine, NECPWA News. 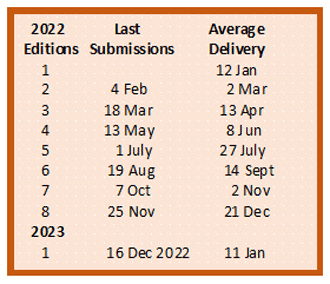